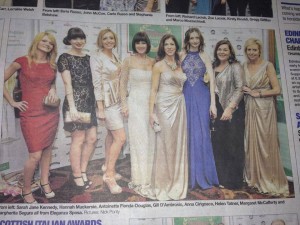 The Eleganza Team featured in "The Herald"

Last Sunday evening, the Eleganza team, dressed  to impress  in none other than Eleganza Sposa, for the Scottish Italian Awards. The aim of the  evening was to celebrate the significant contribution that the Italian Community has made to the lives of the Scottish population. It was a fun filled evening and a great chance to celebrate and meet the people behind the many successful Scottish Italian businesses in Scotland. All of us at Eleganza Sposa were  honoured to be a part of it. The event was made even more exciting for Eleganza Sposa as we won the award of, "Favourite Italian Business", an accolade that the entire team were extremely proud of particularly because  it was voted for by the public, giving us the assurance of all of our wonderful customers loyalty. 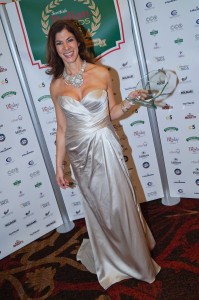 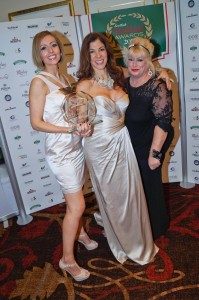 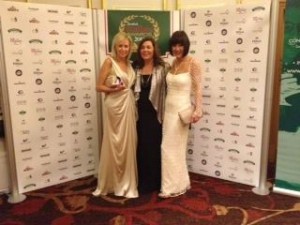 Anna, MD of Eleganza Sposa describes her thoughts on winning the award,

"When I first heard that I was nominated for the Scottish Italian awards I was delighted on two fronts. Firstly for being recognized and appreciated by those who voted for my brand Eleganza Sposa. Secondly, and more personally, it allowed me to recognise and address an issue I had been suffering from since childhood - an identity crisis.

From a very young age I struggled to find my place on the map. Am I Italian, or am I Scottish? At primary school, when all I wanted was to be like every one else, I argued with our priest telling him I was Scottish, as I was born in Scotland. He replied asking me - did the fact Jesus was born in a stable make him an animal? His words had an such an effect on me. I began to consider myself as Italian with my true home, alongside my ancestors, in Italy. I hoped that this would solve my feelings of displacement.
Yet, on our annual holidays to Italy why was it I was referred to by the other kids as the “Scozie” surely they could see that this is where I belonged?
Just days before the awards ceremony I was speaking to a very beautiful lady in our Glasgow flagship store who was collecting her daughter's wedding dress, who also was first generation in this country with Italian parents. I asked if she had felt the same way I had while growing up, and she replied “senza patria!", (which translates to a stateless person / homeless). I realised I am not alone.
In Italian I would say that I am "Italo Scozzee" but until now I has never heard the expression Scottish Italian. So thanks to these awards, I now know how to introduce myself - I am proud to say that I am Scottish Italian. I belong to two countries  with strong national identities, cultures and that have warm people. I have a strong sense of myself regardless of where I am; one of the good things about getting older (there are a few).
So on behalf of all of the Scottish Italian community all over Scotland, I would like to say thank you.
I will treasure this award, it really means a lot.
Anna, (A proud Scottish Italian)." 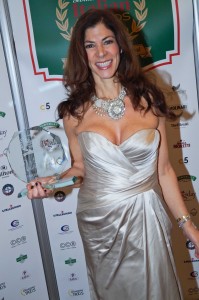 Website uses cookies to give you personalized shopping and marketing experiences. By continuing to use our site, you agree to our use of cookies. Learn more here.